Currently, Medical Marijuana is NOT AVAILABLE
in Utah

We here at GreenWay have put together current information on the status of medical marijuana in Utah, as well as other medical options available to you until it is.

Read to learn what the current status of medical marijuana is in Utah and what others are trying to do.

Discover what CBD is and how it could be an alternative for you until medical marijuana is available.

There are out-of-state options for those who desperately need medical marijuana. Find out if they are right for you.

Read research articles on medical marijuana for different conditions and how it affects your body.

In February 2016, members of the Senate judiciary and law enforcement committee voted 4-1, approving a bill that would allow residents with chronic or debilitating conditions to consume marijuana edibles, but not allow smoking. This bill was approved alongside another marijuana proposal that would allow people diagnosed with HIV, cancer and other conditions to use marijuana infused oil. This bill, introduced by Rep. Brad Daw and Sen. Evan Vickers, was unanimously approved and calls for further research on the oil’s potential medical benefits and would allow the oil to be made in Utah. It sets up strict controls on licensing and tracking of those approved to produce and dispense the oil. Doctors who would recommend treatment, would receive training and be registered with the state and patients would be issued medical cannabidiol cards.

Both proposals will now head to the full Senate, where last years measure died by one vote.

For updated information, visit Marijuana Policy Project. Advocate and supporters of marijuana legalization in Utah believe that the governor’s remarks indicate a shift toward looser cannabis laws in the near future.

In 2014, a law was passed by Utah lawmakers that allows parents of children with severe epilepsy to access a marijuana oil extract that has shown promise in controlling seizures as well as allowing families to get the extract from other states. However, medical marijuana has not legalized in the State of Utah for other purposes.

Once medical marijuana is available in Utah, we will contact you and help you with the rest of the process.

Despite the fact that Utah has not legalized medical marijuana, you can still have access to some of the most important therapeutic benefits it has to offer. There is a compound found in marijuana called CBD, which is also found in hemp; a plant from the same family as marijuana and similar in nature. CBD is debatably the most valuable compound sourced from these two plants and medical research has shown it to offer symptom relief for a variety of ailments, including pain, muscle spasms, and anxiety. When CBD is extracted from the hemp plant, it is legal in all 50 states because it is generally considered safe and cannot get you high.

In places where medical marijuana is regulated, medical marijuana plants are grown in high CBD with varying amounts of THC, the psychoactive compound in marijuana. The CBD is extracted from the plants and sold to licensed dispensaries and prescribed by doctors for certain conditions.

CBD from industrial hemp plants IS legal in all states because the FDA views it as a “dietary supplement”.

Learn about the difference between THC and CBD

While it is unfortunate that Utah has yet to legalize medical marijuana, we are lucky that there are other ways to access the medicinal properties it has to offer. CBD products are available in many different forms including: vaporizers, tinctures, lotions, capsules, and other edible products.

With marijuana for recreational use being legal in five states, you also have the option to travel there. Currently, you can travel to Colorado, Washington, Oregon, Washington DC, and Alaska. If you are interested in an international destination, Jamaica has also just legalized medical marijuana as well.

Here’s the deal with marijuana, in the most basic concept, there are two main ingredients inside the plant. 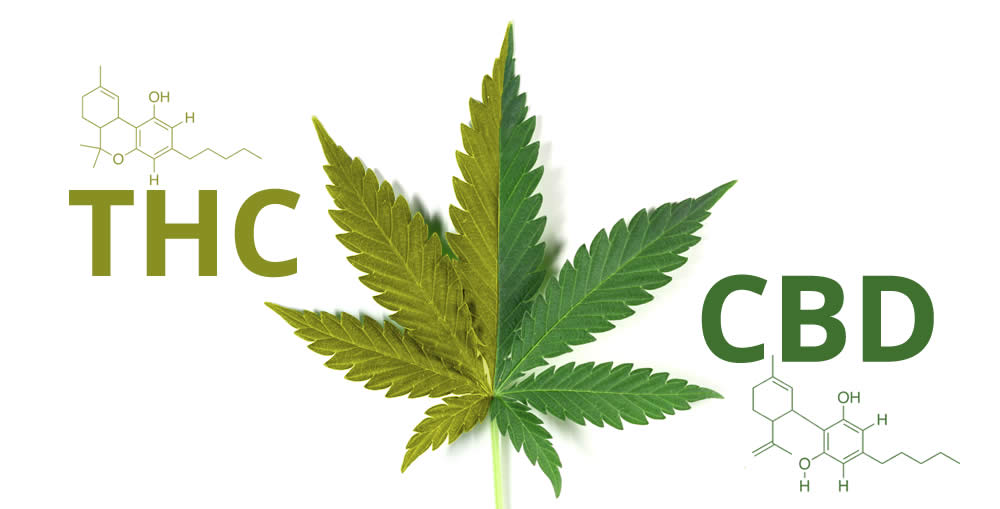 THC (tetra-hydro-canna-bin-ol, don’t worry, you will never have to say this word out loud) is a chemical that you may have heard of because it makes you “high”. Aside from the euphoria it produces, it actually provides relief to a number of conditions and symptoms like nausea or chronic pain.

The other thing in marijuana is called CBD (Canna-bi-di-ol). This ingredient also has many medicinal properties but will absolutely NOT get you “high”. The reason you may not have heard of CBD is because marijuana is mostly known for getting people “high” on purpose and thus the majority of plants were bred to have greater amounts of THC than CBD. Since the use of marijuana as a medicine has become more mainstream, CBD is much more readily available.

Both THC and CBD relieve Inflammation, Nausea, Muscle spasms, and Pain as well as reducing seizures. Separately, each chemical can accomplish many of the same medicinal benefits, combined together their properties can be greatly increased.

Use will cause a "high"

Illegal without a medical card

Use discouraged in most workplaces

Will show up on most drug tests

Easy to find in most marijuana

Safe for use at work

Will NOT show up on a drug test

Reduces the "high" caused by THC

One more small basic lesson, you have undoubtedly heard of a plant called hemp. What you may not know is that it is practically the same as marijuana except for the fact that it does not produce THC. What it DOES produce is a LOT of CBD.

Because of the lack of THC in hemp, there are no legal restrictions with its use. This means that you can get large amounts of CBD without the need for a medical card, or worrying about going to jail.

Why are you telling me all of this?

Most people simply do not know about CBD. It might be important to you if you are someone interested in the relieving properties of marijuana but are not interested in getting "high". You could also be someone who wants instant relief without having to wait for the entire medical card process to complete.

If you are one of these types of people then luckily for you, we offer CBD-only products that you can purchase RIGHT NOW.